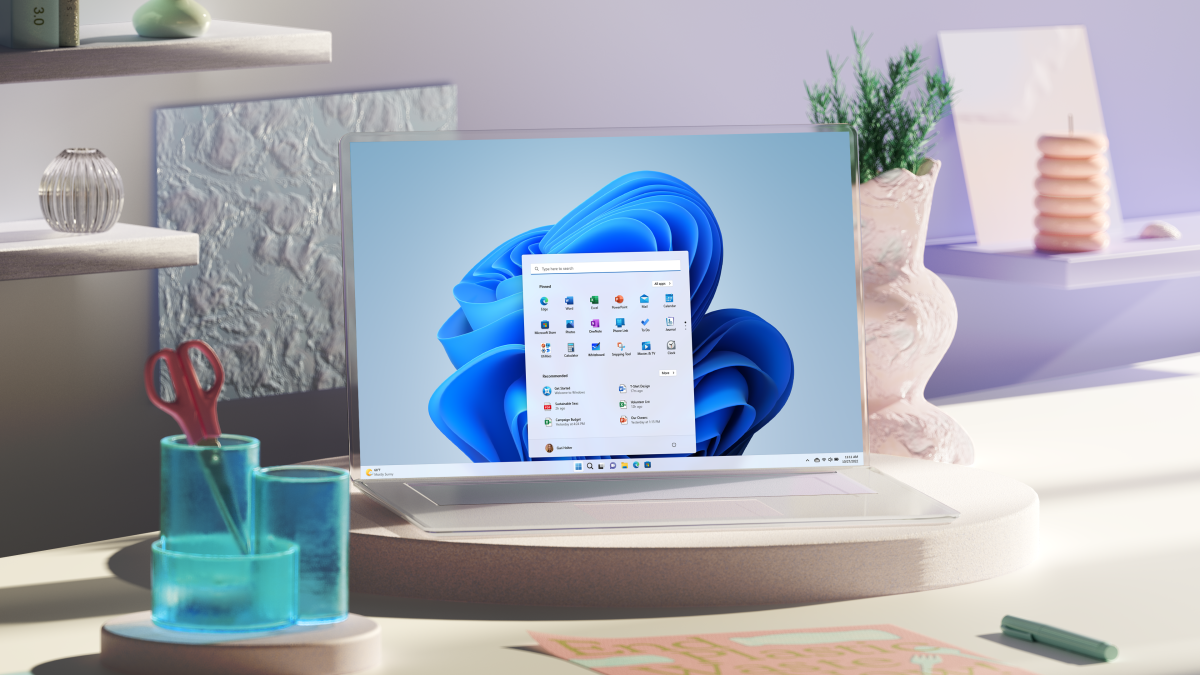 When Windows 11 was released in October of 2021, Microsoft put it on a schedule to receive major feature updates once annually (opens in new tab), in the back half of the year. Today, Microsoft is officially releasing the Windows 11 2022 update, which will be known as Windows 11 22H2 within the operating system.

But Microsoft has also opted not to wait until the annual update to drop new features (as we saw back in February when we got the public preview of Android Apps in the Microsoft Store, along with a new Notepad and Media Player). That will be the case again, with Microsoft also dropping announcements for forward releasing features coming in October.

The new features span the gamut of quality of life changes, security features, updates to PC gaming and accessibility tools.

Microsoft isn’t changing the minimum requirements to run Windows 11 (though certain features, like the new webcam settings, may require extras).

There have been recent reports and rumors that Microsoft would switch Windows to a three-year cadence. By that count, this would be one of three major releases prior to a new version of Windows – perhaps Windows 12. Microsoft’s Aaron Woodman, general manager for Windows marketing, seemed to reject that notion on a call with press, stating there is no three year cadence, with no plan for a Windows 12 today. Instead, he and John Cable, vice president of  Windows servicing and delivery said the company is focusing on the one-year updates with room for more changes throughout the year.

To me, the biggest and best change is a simple one in the File Explorer: tabs! No longer do I need to have multiple windows open to move files between multiple folders. It’s not a glorious change, but it has made my desktop a far nicer place to be.

Snap Layouts, my favorite feature from when Windows 11 launched, also has have a slight update for laptop and tablet users. It’s now more clear where a window will land when you’re dragging it, and the menu becomes more touch friendly. Additionally, for both touch and mouse users, sSnapping one tab in Microsoft Edge will give you the opportunity to snap other tabs without dragging them into separate windows.

The Start Menu, perhaps the most recognizable piece of real estate in Windows 11, is getting some much-needed changes. The pinned apps in Start can now be grouped into folders, much like you already could in iOS and Android. This was a great way for me to save room by batching together numerous game launchers.

Additionally, in settings, you can choose to show more or fewer pinned icons and shift the balance between software and recommended documents.

Those changes to the Start Menu are absolutely improvements in my book, but I still wish Microsoft would let power users default to the “All Apps” view.

Focus and Do Not Disturb

Microsoft has had some form of a Focus mode since Focus Assist back in Windows 10, and in the Windows 11 2022 update, it’s making a few slight changes.

It’s easier than ever to start a Focus Session, now that Microsoft has added it to the notification center. You can set a timer and start it in just a few clicks – of course, you can still do it from the clock app or in settings under System > Focus.

But now Focus Assist has been replaced with Do Not Disturb. This turns on automatically in a Focus Session, or you can start it on your own, and will send notifications straight to the notification center without flashing or alerting you. You can make changes to Focus and Do Not Disturb to allow certain notifications through.

Windows 11 is getting a few gaming-focused tweaks, including optimizations for navigation with a controller and improvements for games running in windowed mode.

For controllers, a version of the Xbox Game Bar called “Controller bar” gives you easy access to games you’ve played or game launchers you’ve used recently. You can access it by pressing the Xbox button on an Xbox controller, or presumably the main menu button on other Bluetooth controllers.

When Windows 11 launched, there were graphics improvements, but only for games at full screen. Now, players who use windowed mode will see decreased latency in DirectX 10 and 11 games, as well as Auto HDR and support for variable refresh rates.

Other gaming-focused features in 22H2 include an HDR calibration app, DirectX 12 Ultimate and DirectX storage support for faster loading coming to more storage configurations, like RAID 0.

Microsoft has recommitted itself to accessibility with the announcement of new peripherals earlier this year. On the software side, there are a handful of new features in Windows 11 22H2 to make it easier for people with disabilities to use. These include system-wide live captions and new voices for Narrator.

Microsoft has offered live captions in software before, but by going system-wide, you never have to worry about minimizing an app and losing the captions with it. By default, the captions will be at the top of the screen, which Microsoft points out is typically below the webcam, though you can move it to the bottom or put them in their own window.

These captions can also be used to transcribe in-person meetings, with Windows accessibility leader Carolina Hernandez noting this is key for “meetings where everyone is wearing face masks that block lip reading, impromptu conversations between deaf and hearing people where no sign interpreter is readily available, and, of personal relevance to me, helping non-native language speakers follow along with audio content and conversations both online and off.

(The captions, Hernandez writes, are generated locally on your machine, so captioned content stays with you.)

For Narrator, there are three new voices — “Aria,” “Jenny” and “Guy” which are designed to sound more natural and less like a machine.

It’s no surprise that over the last few years, features that improve video calling like blurring backgrounds or using software to ensure your eyes are directed at the camera have become incredibly popular. Microsoft is now building in those controls at the operating system level with Windows Studio.

Using Windows Studio effects requires additional hardware support beyond minimum specifications, though Microsoft hasn’t listed exactly what that is just yet. Beyond blurring and eye contact, there is auto framing and audio effects to filter out background noise.

Microsoft is also further integrating Clipchamp into Windows to allow for easy video editing. Notably, Clipchamp is free, but some people might not expect a program Microsoft includes with Windows to have an $11.99 upgrade pack with premium features.

For new Windows 11 PC users, the biggest change in security is Smart App Control, which is meant to keep scripting attacks and unauthorized batch files from running, as well as preventing potential malicious, unsigned or untrusted applications from being used. Microsoft vice president of enterprise and operating System David Weston wrote in a blog post (opens in new tab) that Smart App Control uses an AI model based on 43 trillion security signals “gathered daily” in order to guess whether or not software is safe to run. It’s based on “the same OS core capabilities used in Windows Defender Application Control.”

In settings, there are three modes for Smart App Control: On, Evaluation and Off. Evaluation mode attempts to see if it can protect you without getting too much in the way — perhaps you run unsigned applications or batch files all the time. If it determines it won’t, it will automatically turn on. If it will be a thorn in your side, it will turn off.

Smart App Control will only run on new Windows 11 PCs or on clean installs. It seems the AI isn’t ready to determine what’s safe when you already have a full suite of applications and scripts running. If you turn Smart App Control off, it’s a permanent change unless you reinstall Windows. 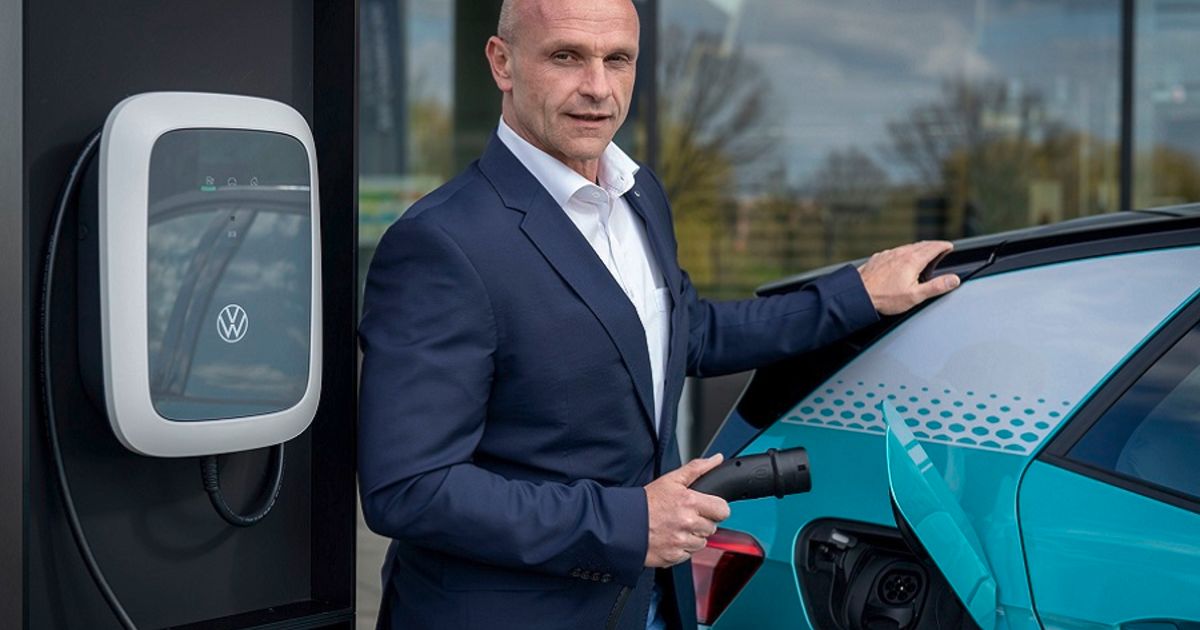