A new generation of computer technology is on the horizon, which many think will eventually increase the computing power available to humanity by factors of thousands or possibly even millions. If this happens, it could vastly increase the speed at which we can carry out many vital tasks, such as discovering and testing new drugs or understanding the impact of climate change.

Quantum computing is already with us in limited form. But the next five to 10 years may see it leap into the mainstream in the same way that classical computers moved from labs and large corporations to businesses of all sizes, as well as homes, in the 1970s and 1980s.

However, as well as big leaps forward in what we are able to do with computers, they also require us to face up to a new set of problems, specifically around the threats they pose to security and encryption. And some people think that, in fact, quantum computers may never be useful at all due to their complexity and the limited amount of tasks at which they have been shown to be superior to classical computer technology.

So, here’s my overview of where we currently are and where we’re hoping to get to with quantum computing, with expert input from my most recent podcast guest, Lawrence Gasman, co-founder and president of Inside Quantum Technology and author of over 300 research reports.

What is quantum computing?

Like everything involving the quantum (sub-atomic) domain, quantum computing isn’t the easiest concept to get your head around. Fundamentally, the term describes a new (or future) generation of super-fast computers that process information as “qubits” (quantum bits) rather than the regular bits – ones and zeroes – of classical computing.

Classical computers are really just much more sophisticated versions of pocket calculators – they are based on electrical circuits and switches that can be either on (one) or off (zero). By stringing lots of these ones and zeroes together, they can store and process any information. However, their speed is always limited due to the fact that large amounts of information need a lot of ones and zeroes to represent it.

Rather than simple ones and zeroes, the qubits of quantum computing can exist in many different states. Due to the strange properties of quantum mechanics, this might mean they can exist as one and zero simultaneously (quantum superposition). They can also exist in any state between one and zero.

Nine million years sounds like the sort of number that people only use when they are exaggerating, but according to some estimates, quantum computers will operate 158 million times faster than the fastest supercomputers available today.

There’s one important caveat, though – currently, quantum computers are only really useful for a fairly narrow set of uses. Don’t expect to simply be able to plug a quantum processor into your Macbook and do everything that you can do on it now, but millions of times quicker.

So what can quantum computing do better than classical computing?

The problem, Gasman tells me, is that it will take classical computers so long to solve them that anyone who starts looking for the answer today will be long dead!

In particular, they are potentially hugely useful for a set of problems known as optimization problems. The idea is illustrated by imagining a traveling salesman who has to visit a number of towns, in any order but without retracing their steps, and doing it while covering the shortest distance (or in the shortest amount of time) possible. Elementary mathematics can show us that as soon as there are more than a few towns, the number of possible routes becomes incredibly high – millions or billions. This means that calculating the distance and time taken for all of them in order to find the fastest can take a huge amount of processing power if we’re using classical binary computing.

This has implications for fields as diverse as tracing and routing financial transactions across global financial networks, developing new materials by manipulating physical or genetic properties, or even understanding how changing climate patterns affect the world around us.

Gasman tells me, “The ones that have the most potential are, I’d say, in very large banks … but if you’re a big corporation and you’re giving Goldman Sachs a billion dollars to look after, do you really want them to put it in the hands of some newfangled technology? A certain level of trust will have to be established … but all the big banks have their own quantum teams now exploring what can be done in the next five to 10 years.”

What are the challenges around quantum computing?

Firstly, there are some pressing physics challenges that need to be solved. Qubits themselves, when existing in a physical state as they need to do to represent data and allow computation to take place, are highly unstable. This means they must be held in a super-cooled environment, even to exist for just a few nanoseconds, in order to be of use. This means that quantum computing is currently very expensive, and only the largest companies and best-funded research organizations can afford to own them.

This means that assessing use cases is an expensive and time-consuming process too. Already one use – creating more efficient MRI scans – has proven to be a dead end, Gasman tells me.

It’s also been suggested that cosmic rays could pose an obstacle to the widespread adoption of quantum computing. Moreover, the errors caused by the phenomena – which can affect even classical computing – could be even more impactful on the hyper-sensitive engineering needed to harness qubits on a large scale usefully.

There’s also a critical shortage of people with the skills to develop and work with quantum computers. As Gasman puts it, “what you want is someone who is a computer scientist, and a physicist, and an expert on pharmaceuticals or finance – the specifics of the disciplines are so different that getting people to talk to each other is quite difficult!”

Finally, as well as the challenges around implementing quantum computing, we can’t ignore the challenges that the technology will potentially create itself when it is widespread.

The one causing the biggest headaches right now is the threat it poses to encryption. Digital cryptography is used today to secure everything online, as well as all of our communications and information, such as military, commercial and national secrets. It works on the basis that encryption methods are so complex it would take classical computers millions or billions of years to crack them by brute-forcing every possible password or key. However, to quantum computers, doing so could be trivial.

“It’s a huge issue,” Gasman tells me. “If I have something encrypted on my machine and it’s broken by somebody in nine million years, I’m not likely to care that much!”

“But then it turns out that … with a quantum computer, it can be decoded like, now … this is a real problem!

“We don’t have such a quantum computer, and the estimate of when it might appear is anything from five years to never … I think it will happen sooner rather than later.”

The problem is currently being taken very seriously by governments as well as corporations, which are both putting resources into developing what is known as “post-quantum encryption” so that, hopefully, all of their deepest secrets won’t suddenly be laid bare.

What is in store for the future of quantum computing?

The first developments we are expected to see are likely to mirror those that occurred as classical computers moved from being lab toys or something only the largest corporations could afford in the latter half of the 20th century.

This is likely to follow the format of the transition from mainframes (filling entire buildings) to minicomputers (filling rooms) and eventually to microcomputers that could live on our desks.

This democratization of access to quantum power will lead to new use cases as businesses will be able to put it to the test against their own specific sets of challenges.

Problems where quantum computers will potentially be put to use include monitoring and predicting traffic flow across complex urban environments or even processing the huge amounts of data necessary for artificial intelligence and machine learning. If one day humans are able to model a system as complex as a biological brain – paving the way for true AI – it almost certainly won’t be by using classical computing.

You can click here to watch my webinar with Lawrence Gasman, president, and co-founder of IQT Research, where we take a deeper dive into the future of quantum computing and what it means for the world.

To stay on top of the latest on the latest business and tech trends, make sure to subscribe to my newsletter and have a look at my book Business Trends in Practice, which just won the Business Book of the Year 2022. 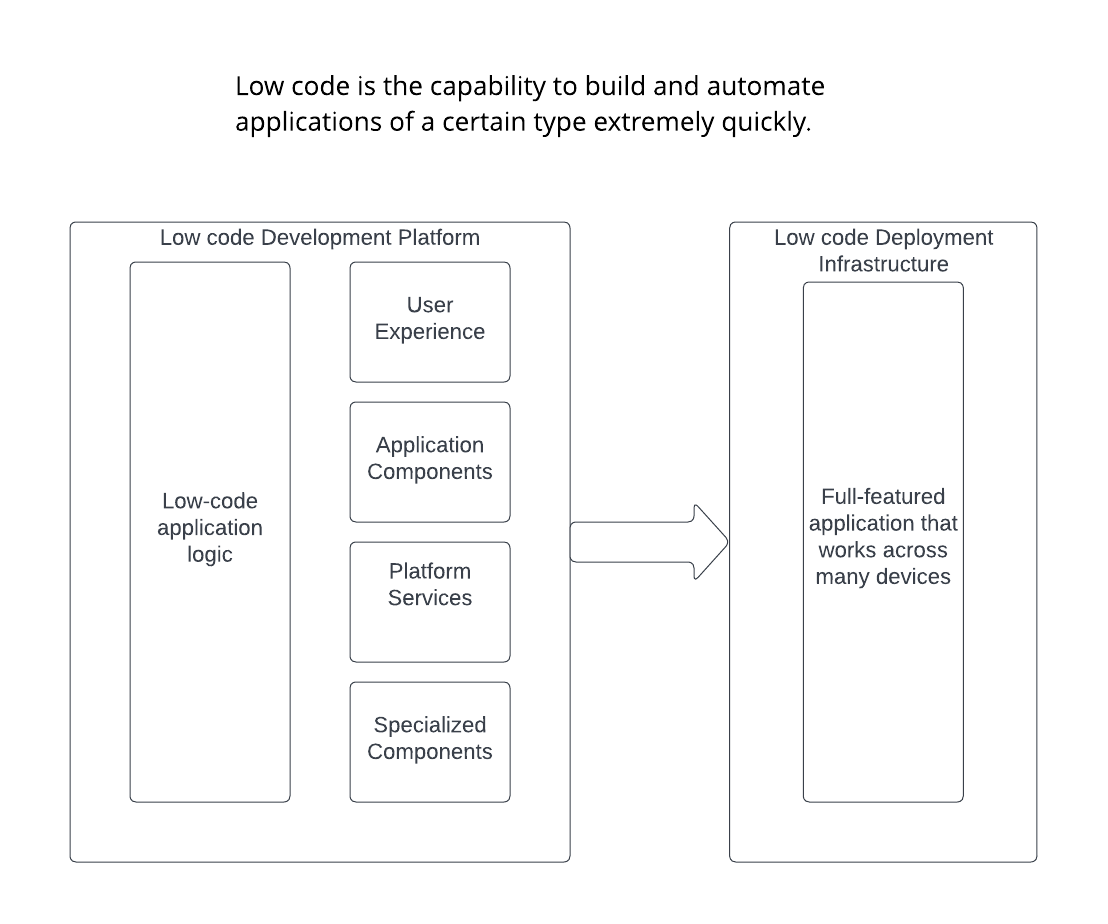 Next post Software may be eating the world, but low code could eat software